Sarah has a daughter, Grace, who suffers from schizophrenia.

The first sign of this condition was in 2000, when Grace experienced a severe breakdown while studying in Australia. Being away from home, Grace could not get support from her family. As a result, Sarah made the difficult decision to go and look after her daughter. That meant she had to apply for leave from her teaching job, and fly to Australia. It was a sacrifice, but Sarah chose to do it out of love and concern for her daughter.

In 2018, Sarah’s family encountered a crisis. Sarah noticed that Grace had become very aggressive towards them. In particular, Grace sent many threatening messages to her family members through WhatsApp, suggesting that she intended to harm them.

This hostility and change in behaviour terrified Sarah and the rest of the immediate family. After some discussion, they agreed that they should seek treatment for Grace. They wanted to bring her to the Institute of Mental Health (IMH).

Unfortunately, Grace was resistant to getting help from IMH. As the threatening behaviour continued, Sarah felt that she had no choice. The family contacted the police for assistance, and eventually some officers came down to their home. Sarah recalls them being young and helpful. In the end, with their help, Grace was taken to IMH for treatment.

The decision might have been for the best. During her time at IMH, Grace became a lot better. She had to be warded for 3 weeks, and started taking medication during that time.

It was also at IMH that Sarah came into contact with CAL. One of CAL’s staff based at IMH approached her, asking her to join the Caregivers-to-Caregivers Training Programme (C2C). She was interested as she thought she might benefit from it. Sarah eventually registered for a class at St. Andrew’s Community Hospital.

The C2C class was a great experience for Sarah. She found it to be a fun and friendly environment. There were around 20 other caregivers in her class, and what struck her most was how every single person had a story to share. Being with others who had similar experiences put her at ease and encouraged her.

Before attending C2C, Sarah remembers feeling scared of her daughter’s threats and lost because she did not know what to do. Afterwards, her main feeling was relief and confidence. To her, it helped a lot to realise that she is not alone.

After learning about the importance of taking medicine in accordance with the doctor’s prescription, Sarah has also insisted that Grace shows her that she is consuming her medication regularly. Happily, Grace has been willing to do this, and faithfully assures Sarah that she is following her prescription by taking her medicine in front of her mother every single night.

Things have improved for Sarah’s family with Grace now coping much better.

The names in this article have been changed for privacy reasons.

Share Your Story or Join us as a Community Writer

We provide opportunities to individuals, a place for the unheard.

We believe through storytelling, we can help people. 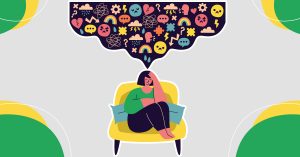 Mental illness isn’t just in your head, it affects your physical body too. Both mental and physical illnesses must be addressed with care. 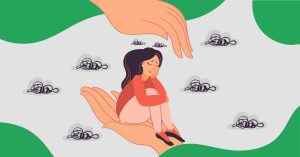 Dealing with Depression and Anxiety

Dealing with depression and anxiety can feel like a constant rollercoaster. Here are some small ways to help you in your recovery journey. Worth More Than Gold

I felt worthless, lost, stumbling around in made-up fantasies. But right on the edge, I found my golden treasure. Thank You Letter to Myself

Self-love and feeling comfortable in my own skin seems hard to achieve. I wrote a letter to myself to remind myself that I am whole and complete, deserving of love, and capable of change. 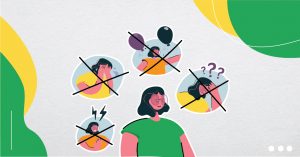 Recovery means making small leaps in a new direction. Some days are dark, but the only way to move towards recovery, is to step into the sun. I started showing signs of depression back when I was about 16.

Back then, when resources on mental health were scarce, it didn’t really cross my mind that I was suffering from depression. I just felt ill and different from others. 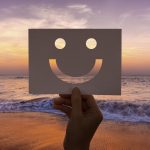 Previous Story
The Secret to Happiness: A Helping Hand
→ 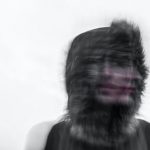 Next Story
5 Most Common Myths about PTSD